Adding whole eggs to a colourful salad boosts the amount of Vitamin E the body absorbs from the vegetables, according to research from Purdue University.
“Vitamin E is the second-most under-consumed nutrient in the average American diet, which is problematic because this fat-soluble nutrient has antioxidant and anti-inflammatory properties,” said Wayne Campbell, a professor of nutrition science. “Now consumers can easily improve their diets by adding eggs to a salad that boasts a variety of colourful vegetables.”
Jung Eun Kim, a postdoctoral researcher in Purdue’s Department of Nutrition Science, said, “We found Vitamin E absorption was 4- to 7-fold higher when three whole eggs were added to a salad. This study is novel because we measured the absorption of Vitamin E from real foods, rather than supplements, which contain mega-dose amounts of Vitamin E.”
Vitamin E, which is absorbed along with dietary fats, is often found in oils, seeds and nuts. Eggs, a nutrient-rich food containing essential amino acids, unsaturated fatty acids and B vitamins, also contain a small amount of Vitamin E.
This study accounted for how much total Vitamin E was absorbed when Vitamin E containing foods were co-consumed with whole eggs. This research supports a way to increase the absorption of Vitamin E found in foods that contain low dietary fat. Also, this research highlights how one food can improve the nutrition value of another food when they are consumed together.
The findings are published in The Journal of Nutrition, and the study was supported by the American Egg Board’s Egg Nutrition Center, National Institutes of Health and Purdue Ingestive Behavior Research Center.

Previous studies have demonstrated that presence of water on the shell surface can undermine the egg’s physical defences. Water contaminated [...]

Growing international concern over antimicrobial resistance is forcing poultry producers across the world to look at new ways of [...]

How do you tell a chick’s temperature?

There are several options to measure the chicks’ temperature and to see whether it’s normal. Small chicks’ feet must never [...]

FarmBiosecurity is a free app that enables you to create a biosecurity plan. The app is an effective tool using six [...]

The most important goal of any fertile-egg producer is to be the best, consistent quality supplier of the best [...] 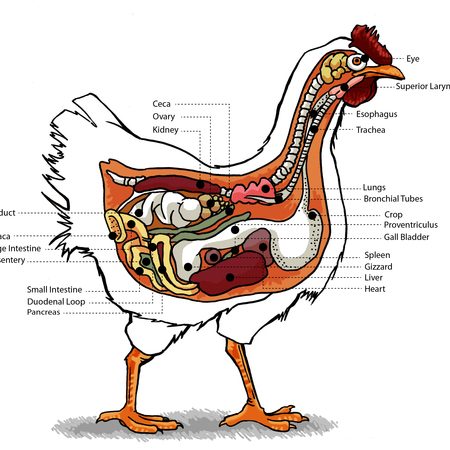 Tests for poultry diseases in Australia

Chicken disease pops up with a sick hen or a mystery illness going through the chicken flock. There are [...]