Bellsouth2016-12-16T13:18:50+00:00
By Bellsouth News brooders, brooding, post hatch, poultry brooding 0 Comments
The avian immune system begins in the embryo and continues for several weeks after hatch. Feed provides nutrients essential for the growth and development of both primary and secondary lymphoid organs.
In commerical poultry operations, hatchery practices dictate sexing, vaccination and packaging for transaportation post hatch.
Chicks spend considerable time without feed or water which affects bird growth. Oral feed intake is essential for rapid growth and the immune system of the hatchling. Residual yolk is internalised into the abdominal cavity and is the only nutrient source to a newly hatched chick.
Feed deprivation impairs immune competence, depletes lymphoid organ growth, decline are seen in cellularity and weight gain. Receiving food is critical for development and performance of hatchlings.
The immune system in poultry is paritally developed at hatch and maturing is related to food in the gut during the first two weeks of life. A large content of the egg protein in the gut and has maternal antibodies.
Delay in access to nutrients limits the utilisation of the yolk sac and results in poor immunity in the newly hatched chick. The yolk sac doesn’t support the chick’s expression of potential growth, development of gastro-intestinal track or immune system.
However, early feeding leads to extensive proliferation of lymphocytes compared to fasting chicks, with significant effect on bursa and spleen development. Therefore there is a corelation between feed delay and immune system development.
Approximately 70% of the body’s immune system is found in the digestive tract of chickens. Key stimulators of intestinal development in the chick is presence of feed in the gut. Deprivation delays gut development.
The first week of chick life is very critical for the chick’s survival and performance and delayed access to feed can take up to two weeks to achieve normalcy. Chicks with no access to feed immediately after hatch may be more vulnerable to environmenal pathogens than those fed immediately post hatch. Fasting induces stress which secretes hormones that affect the immune system of the bird.
Nutrients are the major decisive factors that determine the expression of genetic potential of birds in terms of growth and immunity. Higher immunity in immediately fed chicks could be due to early availability of immunoglobin due to faster utilisation of yolk sac and early developmental and functional maturation of the gut immune system.
Summary of
Early post hatch nutrition on immune system development and function in broiler chickens. Panda, Bhanja and Sunder.
World’s Poultry Science Journal, Vol 71, June 2015 pp.285-295.

The extraction of keratin protein from chicken feathers poses an environmentally friendly and cost-effective way to rid the poultry [...]

Interactive resource on the chicken anatomy. See more An understanding of the anatomy and physiology of birds, and the different [...]

The Poultry Tool gives the latest insights on the 40+ most common poultry diseases, focusing on causes, clinical signs [...] 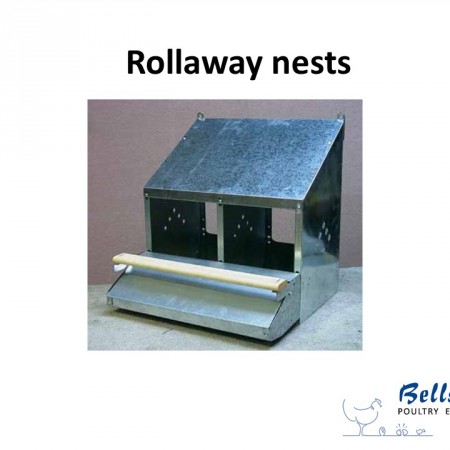 Growing international concern over antimicrobial resistance is forcing poultry producers across the world to look at new ways of [...]